Randy Aliment is a partner in the Seattle office of Lewis Brisbois and serves as General Counsel for the Northwest Commission on Colleges and Universities. Randy has a broad‐based practice focused on the higher education and sports industries. He regularly conducts internal investigations for universities in anticipation of potential government or other legal exposure including, most recently, a football student athlete death at an institution in Kansas. He has represented universities in arbitrations related to admissions, governance, and their relationships with teaching locations and partner institutions outside of the U.S. Randy has extensive experience representing foreign clients in US litigation and overseeing foreign litigation and commercial transactions for U.S. clients in China, Japan, Canada, Europe, and the Middle East. He is a Foreign Consultant to Duan & Duan, the first privately licensed Chinese law firm, with offices in several cities in China.

Pamela Goad joined NWCCU as Associate Vice President in 2009 and initially oversaw the processing and review of substantive change proposals and the NWCCU Annual Report.  Dr. Goad has broadened her repertoire of responsibilities to include a variety of activities supporting the accreditation of member institutions such as engaging with the Washington State’s Student Achievement Council,  Oregon State’s Higher Education Coordinating Committee, and National Association of Branch Campus Administrators, participating at the National Advisory Committee on Institutional Quality and Integrity reaffirmation of NWCCU’s recognition as a NWCCU representative, assisting with training sessions and resources, partnering with other regional accrediting bodies to support national policy concerns in addition to supporting the revision and implementation of policies and standards of NWCCU.  Dr. Goad has 36 years of experience in higher education.  As a first-generation student whose parents and daughter followed her to degree completion, Dr. Goad is keenly aware of the challenges that students encounter in assimilating into and maneuvering through a higher education environment regardless of the age of the student and the knowledge the family brings to the institution.

Prior to joining NWCCU, Dr. Goad served as Vice President of Academic Affairs at The Art Institute of Seattle in addition to positions as a faculty member, Program Director, Associate Dean, and Dean.  She has teaching experience at the undergraduate and graduate levels at other regional public institutions as well as an international institution.  Dr. Goad holds a B.M.Ed. from Troy State University, an M.M. from University of Montevallo, and a Ph.D. in Systematic Musicology with an emphasis in Music Acoustics from the University of Washington.  She also assumed a post-doctoral position furthering her research in psychoacoustics at the Université de Paris VI. 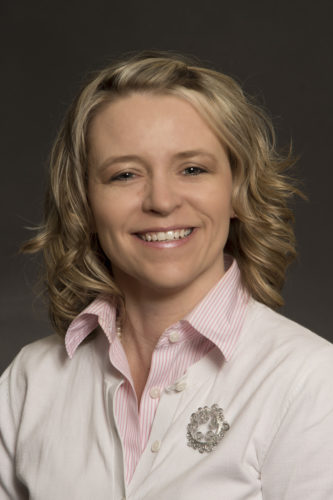 Selena Grace, PhD, Senior Vice President, recently served as Vice Provost for Academic Strategy & Institutional Effectiveness at Idaho State University. Dr. Grace brings significant experience leading transformational change in education policy and practices, as well as bringing diverse constituents together. She was a member of the inaugural cohort of the WICHE Western Academic Leadership Academy, and her previous experience includes Chief Academic Officer at the Idaho State Board of Education where she was the primary author and manager of the Complete College Idaho Plan. Dr. Grace has supported NWCCU as an Evaluator, Evaluation Team Chair, and Accreditation Liaison Officer, and has deep knowledge of accreditation and higher education regulations.

Chief of Staff and Director of External Relations

Born and raised in Portland, Oregon, Amy Luke has lived up and down the West coast before a return to the Seattle area to join NWCCU in 2020. As a manager of people and projects, she has experience engaging with Boards and stakeholders across various industries including higher education, quasi-governmental agencies, nonprofits, and corporate healthcare. As the Chief of Staff & Director of External Relations, Amy works closely with the President in managing the Board of Commissioners and personnel-related matters. She is responsible for the overall management, communication, and production of event operations associated with the Commission Meetings and NWCCU’s Educational Programming, including educational trainings and workshops, webinars, and the organization’s annual conference. She enjoys road trips, oil painting, being crafty, and antiquing.

Director of Finance and Human Resources

Mac Powell serves as Senior Vice President of the Commission on Colleges and Universities. Prior to joining the Commission, he served as president of three universities, including John F. Kennedy University, where he led the institution’s successful efforts to become a service-learning institution and a federally recognized and funded Hispanic Serving Institution. Dr. Powell has contributed to the strategic direction of higher education through his research and through service as Chair of the American Council of Education’s Commission on Educational Attainment and Innovation, Commissioner on the Western Association of Schools and Colleges Senior Commission, graduate of the WASC Assessment Leadership Academy, and Chair of the Council of Applied Master’s Programs in Psychology.

Dr. Powell holds bachelor’s degrees in philosophy and sociology; master’s degrees in business, sociology and clinical psychology; and a PhD in sociology from the University of Missouri. As the author of over 50 articles, three books and two book chapters on the subjects of education, clinical psychology and performance psychology, his recent scholarship focuses on the role of accreditation in consumer protection, educational attainment, and the challenges of rising tuition costs for students. 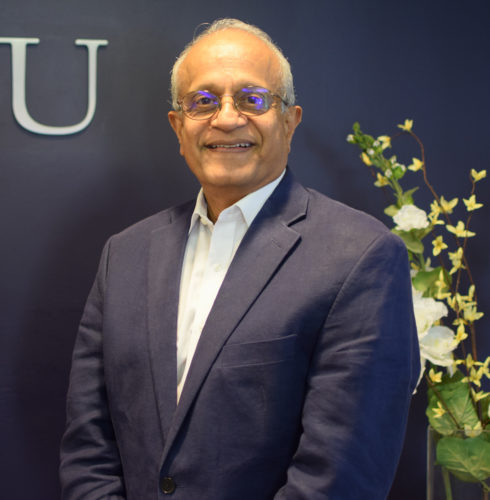 Sonny Ramaswamy is president of Northwest Commission on Colleges and Universities (http://www.nwccu.org) in Redmond, WA. The Commission’s mission is to accredit institutions of higher education in Alaska, Idaho, Montana, Nevada, Oregon, Utah, Washington, and British Columbia by applying evidence-informed standards and processes to support continuous improvements and promote student achievement and success.

Sonny served for six years as President Barack Obama’s appointee as the Director of the National Institute of Food and Agriculture (https://nifa.usda.gov) in Washington, DC. NIFA catalyzes transformative discoveries, education, and engagement to solve societal and agricultural challenges.

As a faculty member, Sonny’s research was funded with grants from federal agencies, including NIFA, NSF, NIH, EPA, and USAID, and from state agencies, commodity groups, and industry. He has published over 150 journal articles, book chapters, and a book, and has a patent. Sonny is the recipient of a number of awards and honors, including Fellow of the American Association for the Advancement of Science, Fellow of the Entomological Society of America, Food Systems Leadership Award for Extraordinary Impacts on Food Systems, the Ellen Swallow Richards Public Service Award for Visionary Leadership and Exceptional Contributions to Advance the Human Sciences, and Hutchinson Medal from the Chicago Botanic Garden.