Announcing The Beacon Award for Excellence in Student Achievement and Success!

The NWCCU Beacon Award for Excellence in Student Achievement and Success is an annual award to recognize institutional or programmatic accomplishments in student achievement and success at the NWCCU family of institutions.

Three separate categories of The Beacon Award will be offered, based on unduplicated student enrollment during the most recent fall student headcounts: institutions with fewer than 2,000 students; between 2,000 and 6,000 students; and more than 6000 students.

Award winners must demonstrate distinctive, measurable, and replicable innovations that have resulted in student achievement and success at the institutional or programmatic level, including innovations in advising and mentoring, alternative credentialing, experiential learning, learning communities, or other such efforts. Other winning examples may include new curricula, courses, or educational delivery models. The Beacon Award will recognize innovative approaches that have significantly contributed to measurable improvements in completion and/or graduation rates at the institution.

Award winners will receive a trophy and cash award (exact amount to be determined) to be used to further the institution’s efforts to implement the initiative. Additionally, the institution’s name will be inscribed on The NWCCU Beacon Award for Excellence in Student Achievement and Success Wall of Fame at the NWCCU office in Redmond, Washington.

Awardee institutions will be recognized during the NWCCU Annual Conference, where an institutional representative will have the opportunity to speak on the topic of their award-winning endeavors that are contributing to the success of their students. The winners will also be expected to submit a short article on their initiative for publication in The Beacon, NWCCU’s newsletter.

All NWCCU member institutions are eligible. Only one nomination per institution per year may be submitted. Beacon Award winners are ineligible to be considered again for a period of three years.

The institution’s leadership must apply for the award along with a short narrative regarding the program and how the award criteria are being demonstrated. The institution must submit a nomination packet of relevant materials, documentation, and evidence that clearly demonstrates the rationale for the nomination. The nomination packet cannot exceed five pages in a portable document file (pdf) format and must be submitted electronically using the link from www.nwccu.org/news-updates/beaconaward.

Nominations must be received by the NWCCU no later than July 31. A review panel of NWCCU commissioners, staff, and representatives from institutions not under consideration will select award winners no later than October 1.

We look forward to receiving nominations for The Beacon Award! 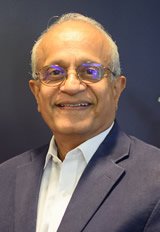 NWCCU Universities earn notice as “Institutions on the rise”

NWCCU Office to close for holidays